Author: Alexis Finc
In January 2004, Dewey Taylor saw an ad for her dream job—a tenure-track position in the Department of Mathematics and Applied Mathematics at VCU. 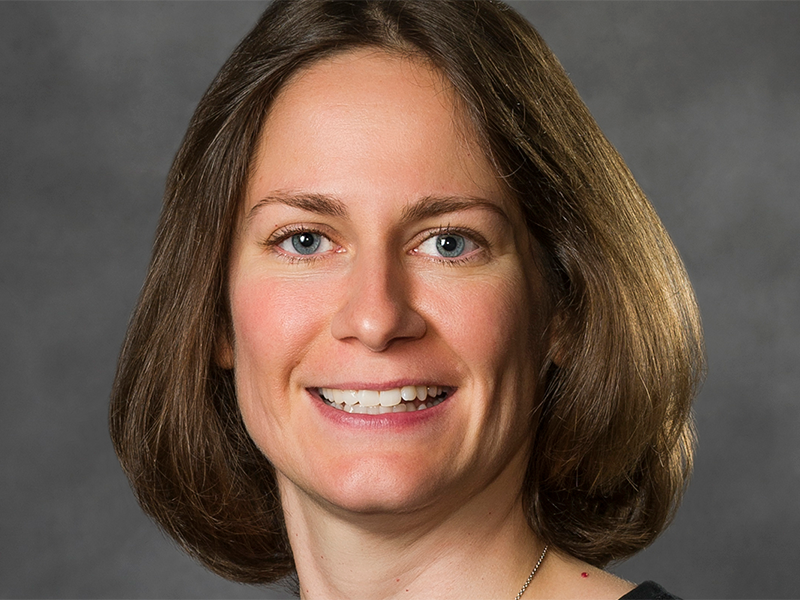 Dewey had received her B.S. from VCU in 1999 and loved her time in Richmond. “I did always want to come back to VCU,” Dewey explains. “As soon as I left for grad school at North Carolina State University, I kept watching the VCU math department for positions each year.” Now, there was finally an open position, but there was also a problem. Dewey wasn’t set to graduate with her Ph.D. for another year-and-a-half. “I casually mentioned to my doctoral advisor that VCU had a position and that I hoped they would have one again the next year when it would be my time to job search. My advisor said that if I wanted to work really, really hard for the next seven months, I could possibly graduate early. Long story short, I worked day and night, applied to VCU, got the job and graduated seven months later!” says Dewey.

Dewey specializes in graph theory, the study of graphs and their properties and applications. “A graph is basically a set of vertices (or nodes, dots, points, etc.) connected by edges (lines). Graph theory is a great area as it has applications to so many other fields—computer science, biology, chemistry—and is highly accessible to students,” Dewey explains.

Over the years at VCU, Dewey has also had the opportunity to teach a wide range of classes, from college algebra to graduate graph theory and abstract algebra courses. “I love teaching and helping students. It’s definitely what I was meant to do,” she says. “I love to see students succeed and learn the mathematics that I find so interesting and useful.” Dewey found her teaching inspiration in her former VCU math professor, Reuben Farley, Ph.D. “Dr. Farley taught me linear algebra and abstract algebra. He was just one of those professors that every student loves,” she says. “He was genuinely interested in his students and it really showed when he taught. If we were working in the hallway, he’d just sit down with us and help us there.  I try to remember all these things as I teach my own students now.”

And it appears that Dewey is following in Reuben’s footsteps. In 2017, Dewey was honored with the Faculty Mentor Award from VCU’s Undergraduate Research Opportunities Program. For this award, undergrad students selected a faculty member “who has made a lasting impression through their guidance and mentorship of undergraduates conducting research and scholarship at VCU.” One of her students wrote in her nomination essay, “[Dr. Taylor] believed in me before I believed in myself and she showed me the power of combining hard work and knowledge … Without her, I would have never explored pure mathematics and come to find out that I actually really love it.”

Dewey’s deep commitment to her students is also evident in the types of grants for which she applies. She was recently awarded two grants to support undergraduate research. This summer, Dewey will direct a Research Experience for Undergraduates (REU) site in graph theory and computational mathematics. The grant is funded by the National Security Agency and the six-week program funds eight students to come to VCU and work on real research problems. Dewey will mentor the students, along with other mathematics faculty members Jan Rychtar, Ph.D., Reed Ogrosky, Ph.D., and Ihsan Topaloglu, Ph.D. This is the first REU in the history of VCU’s Department of Mathematics and Applied Mathematics.

This fall, Dewey also received a grant from the National Science Foundation to start a conference for students in the mathematical sciences. The conference promotes education and research in the fields of mathematics, applied mathematics, statistics and operations research. It is tailored for undergraduate and graduate students to present results of their research and to allow students at all levels to interact with and learn from each other. The first conference will be held in March.

“I hope that both of these experiences will offer students a chance to gain confidence in their abilities and realize that they can contribute in a meaningful way to the field of mathematics (or related fields),” says Dewey. “Many students think that research is out of their reach or too hard. I want to change those thoughts and mindsets, and do so in a supportive and fun environment.”